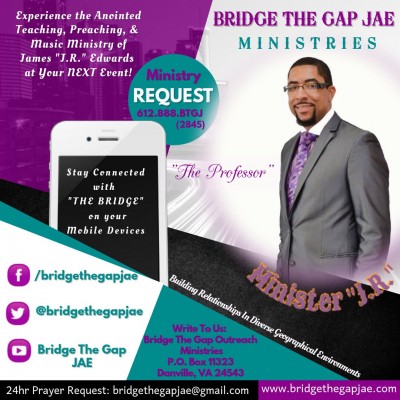 FAMILY: On Saturday, August 8, 2015 J.R. was united in "Holy Matrimony" to the former Ms. Keyona Sheron Grey. He is the proud father of three (Kyunnika, Elisha, and Lathan), and proud step-father of one (Ethan).

EDUCATION: J.R. received his P.H.D (Public High-school Diploma) from the George Washington High School; after which, he attended Danville Community College and the Virginia University of Lynchburg Seminary College. Currently, J.R. is pursuing a "Bachelor of Science Degree" in Psychology from the University of Phoenix with hopes of transferring to Averett University.

DISCIPLESHIP: J.R. received his "B.A. (Born-Again) Degree" when he confessed Jesus as his Lord and Savior (Rom 10:9), repented and was baptized by immersion in the name of Jesus Christ for the Remission of Sins (Acts 2:38), filled with the Holy Ghost, and began to speak with other tongues, as the Spirit gave him utterance (Acts 2:4).

PASSION: Since June of 1992, J.R. has ministered through music on the Electric-piano and Hammond Organ. His gift has made room for him to back preachers such as Apostle Lawrence G. Campbell, Sr., Dr. Jamal Bryant, Dr. Brian Mosley, Bishop George Bloomer, Bishop Hezekiah Walker, Bishop Paul Morton, and Bishop Kervy Brown. He has backed singers such as Psalmist Monique Walker, Psalmist Lucinda Moore, Walt Whitman & the Soul Children of Chicago, Tye Tribbett, and Jekalyn Carr. Just to name a few.

MUSICAL GOALS: J.R. had two goals growing up: He wanted to become an organist for the Bible Way Cathedral and to become an organist under his musical mentor, Dr. Osco Eugene Gardin, Jr. (J.R. accomplished both goals)! Bible Way Cathedral in July of 2001 at the age of nineteen, and Dr. Osco Eugene Gardin, Jr. on April 3, 2011 at the age of twenty-nine. J.R. recognizes that he is not just a musician, but has been blessed by God with another ministry within him as well. This ministry entails "Bridging the Gap" holistically between God and ALL humanity through preaching, teaching, and evangelizing; which will help to bring lucid understanding to all that will listen.

J.R. is a husband, father, televangelist, teacher, community leader, musician, entrepreneur, visionary, and friend, but "The Best is Yet too Come!" His favorite books in the Bible are "Genesis" and "Proverbs". He was asked, "What is one thing you would like to encourage people to do?" His response was, "Don't allow the Pains from your Losses to Punish the Gift of your Present, and Paralyze the Potential of your Future. Keep Pushing and Pressing!"

FUTURE EVENTS: "But as it is written, Eye hath not seen, nor ear heard, neither have entered into the heart of man, the things which God hath prepared for them that love him (1 Corinthians 2:9 KJV). 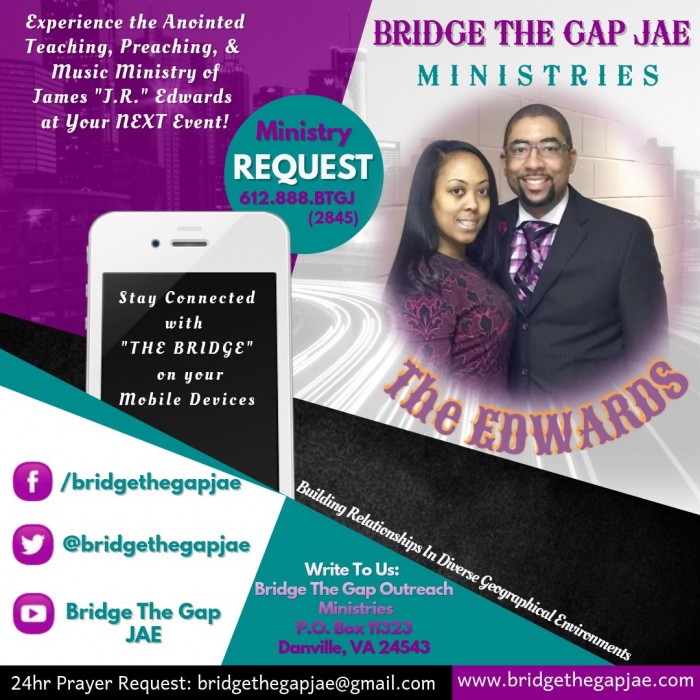 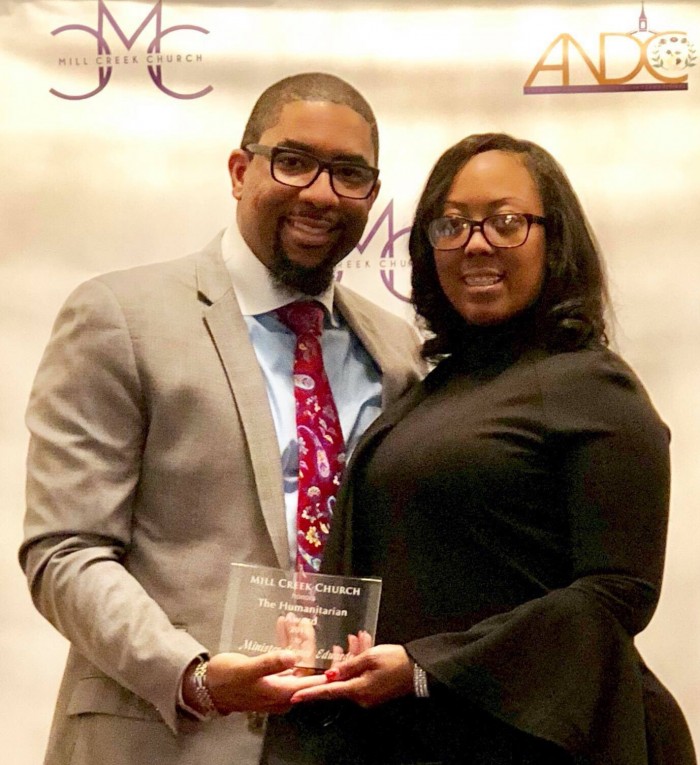 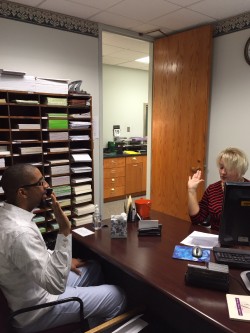 Swearing into office of Commissioner 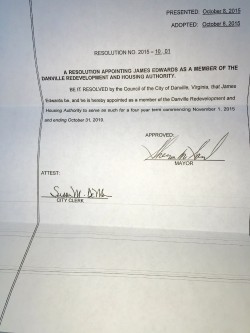 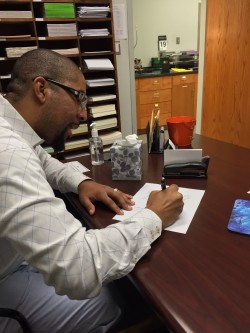 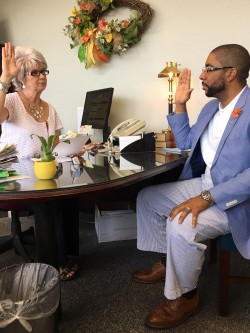 Being Sworn Into Office for the Social Services Advisory Board 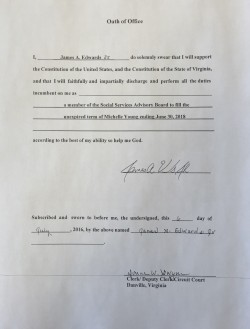 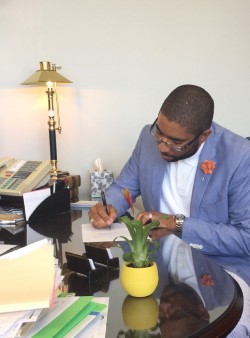 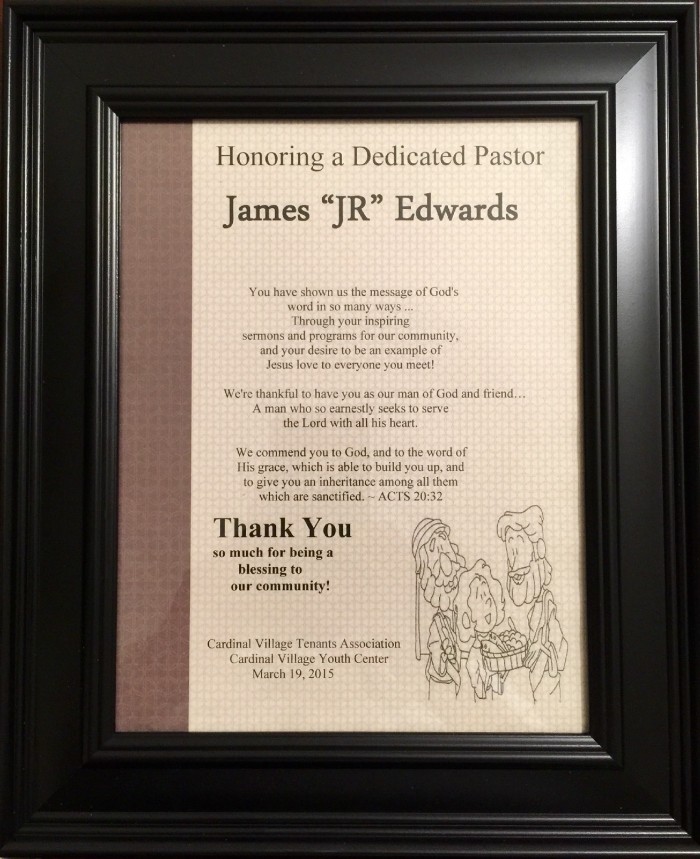 On 3/19/2015, Honored at the Danville, VA Housing Board of Commissioners 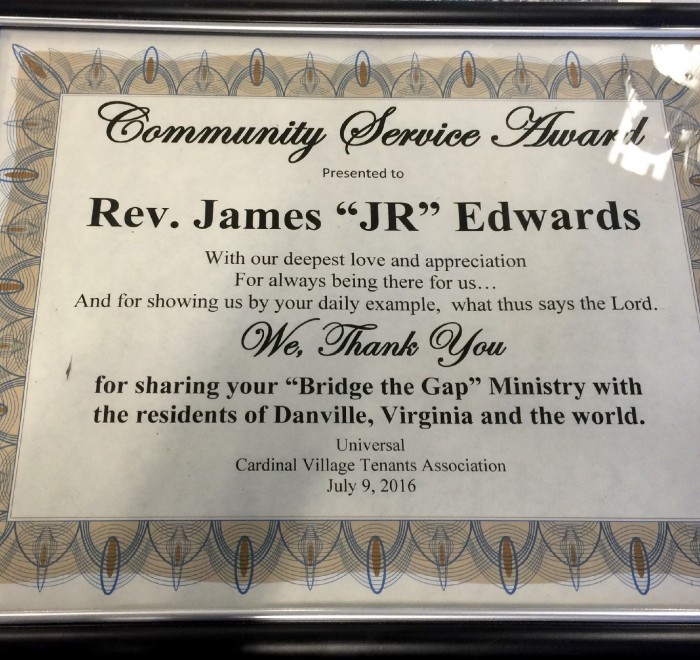